Woman turns to raw foods, heals self from thyroid cancer

(NaturalNews) When Dr. Ruby Lathon, an engineering professional, was diagnosed with thyroid cancer, she dreaded the thought of undergoing surgery and taking medications. While such treatments are typically the go-to solution in situations like hers, such drastic measures were something she hoped to avoid. So, whereas many people give in to traditional medical advice without exploring other options, Lathon did otherwise.

“I decided to try an alternative, holistic approach to cure it rather than go through surgery and be on medications all my life,” said Lathon. She explains that she gave herself one year to beat her cancer by completely changing her lifestyle. She eliminated all processed foods and stopped her dairy intake and instead juiced daily, ate only raw foods and always made sure to consume plenty of fruits and vegetables.(1)

Before her one-year time frame to test the effectiveness of this dietary shift was even up, she says that she was declared as cancer-free.

“I’ve always had a firm belief that the body can heal itself,” she said, crediting her new dietary lifestyle for the turnaround in her health.(1)

These days, Lathon is completely devoted to her healthier lifestyle. Not only is she involved in seminars and workshops that teach about the healing powers of whole, plant-based foods as well as self-healing and spirituality, but she provides others with healthy recipes on her YouTube channel, TheVeggieChest. Just some of the many recipes found there include a raw beet jicama salad with spicy lime dressing, an egg-free quiche and a raw sun-dried tomato hummus.

Several others like her have discovered the health benefits of a raw food diet. Stacy Stowers had debilitating fibromyalgia that kept her in a state of chronic pain for almost 20 years. When she began a raw foods diet, she was able to get out of bed within 10 days; now, she’s been free of her pain ever since.(2)

Then there’s Amanda Brocket, who struggled with systemic candidiasis. In addition to constantly fighting intense sugar cravings, she was always fatigued, mentally and physically. She decided to detox and consume raw foods. Just two months into maintaining this lifestyle, she says she was symptom-free.(3)

Consuming raw foods can also be an effective breast cancer treatment. When Janette Murray-Wakelin was diagnosed with Stage 3 breast cancer and told she only had six months to live, she turned to raw foods and within the same time period that she was told she might die, she was instead given a clean bill of health.(4)

Although some people say that a raw food diet doesn’t provide the body with adequate nutrients, evidence shows otherwise. Not only have many people like Lathon healed themselves in this manner, but they’ve shown that the myths surrounding the lifestyle can be put to rest.

Furthermore, the notion that such a diet is expensive is also a myth. Many people who enjoy raw foods need only to remind others of the costs of meat and junk foods to demonstrate that an unhealthy diet is truly the kind that costs, impacting the wallet and lost work time, as well as hospital fees that may result from the many health complications that these foods bring about.(5)

About the author:
A science enthusiast with a keen interest in health nutrition, Antonia has been intensely researching various dieting routines for several years now, weighing their highs and their lows, to bring readers the most interesting info and news in the field. While she is very excited about a high raw diet, she likes to keep a fair and balanced approach towards non-raw methods of food preparation as well.

When cancer happened to me, there was nothing like this on the web. In fact my story happend ALL ON MY OWN. But have since shared it with hundreds of people.

1. Testimony: In 1992 I was told the hard 1 1/2″ lump in my breast was cancer. But God was telling me in my heart, “Monique, cancer does not kill. Fear does!” – and there began my journey into discovery of exactly what this lump represented, and how to fight it.
Today, 21 years later, I am a fit 72 year old!

I’d read many, many books on various health diets, Macrobiotics, John Mills, Eat Yourself Fit to name just three, and all offered a bit of info here and there, and I increased knowledge by researching wherever I could: Niels Yard, local public library, bookshops, internet (that wasn’t as advanced yet), writing to the writers of those books……

Stage Three Cancer Was No Match for this Raw Food Dieter

(TRFW News) When Janette Murray-Wakelin was diagnosed with stage three breast cancer, she had the option of chemotherapy, or she had the option to be brave and take on a whole new lifestyle. Now a successful marathon runner, it’s clear which path Janette decided to take to make the lifestyle changes necessary and get her life back.

When first diagnosed with breast cancer, Janette’s reaction was “Why me?” (1) Living most of her life with an active lifestyle and having a vegetarian diet, it seemed unfair to have this news brought to her. Even though Janette was unsure why it happened, she was definitely not going to let it stop her from living her life.

Janette heard about the Bruce Cancer Cure, which suggested that a forty-two day juice fast was… 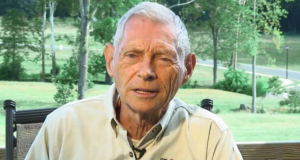 (TRFW News) At the age of 42, Reverend George Malkmus was given only grim options when it came to his colon cancer. Fortunately, instead of accepting defeat, Malkmus decided to take his health into his own hands, and began focusing on a raw food diet.

With a brave and determined attitude and a little bit of faith, a now-healthy Malkmus spreads his knowledge and belief of the raw food diet wherever he goes.(1,2)

With advice from a friend who, “discouraged me from going the medical route, and encouraged me to do something as simple as change what I ate”, Malkmus immediately turned to his diet for answers, rather than to medication.(1)

He was happy to adopt healthier food options, and made the diet change overnight. Malkmus explained that “I almost immediately started to get well…within a year my baseball-sized tumor… 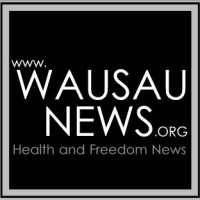 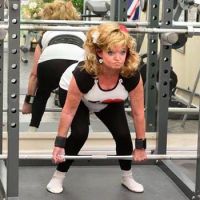